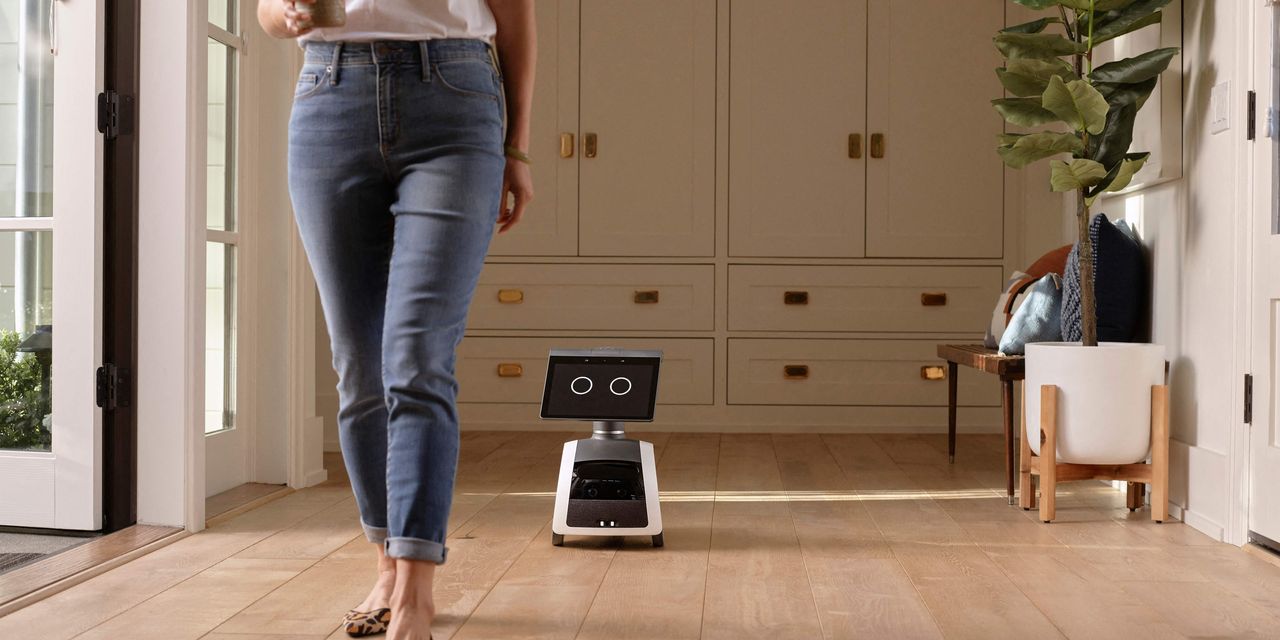 com’s hardware ambitions grow bigger—and stranger—by the year. But there has long been a method to the company’s madness, even if investors are hard pressed to quantify it.

The e-commerce giant has been expanding its own product lineup over the past few weeks. Amazon announced its first branded TV sets in early September, ranging in price from $370 to more than $1,000. Last week brought updates to Amazon’s Kindle Paperwhite e-readers. And earlier this week, the company introduced 10 new products ranging from its first smart thermostat to its first home robot. Amazon also finally announced launch plans for a small drone called the Ring Always Home Cam designed to fly around the home as a security monitor; that device was first announced last year but never went on sale.

The latter two qualify as headline-grabbing gizmos unlikely to generate much in the way of sales volumes. The robot alone costs $1,000 and was demoed mostly as a rolling videophone used to keep tabs on aging parents. Indeed, both the Astro Robot and drone are being sold on an invitation-only basis as so-called Day 1 Editions—an Amazon program that lets out early versions of new products to a select group of buyers.

Amazon’s head of devices and services, told Wired magazine that the company is hoping customers provide more “unique use cases” for the robot.

But Amazon’s hardware efforts shouldn’t be underestimated on the basis of its more oddball attempts—or even known flops such as the Fire Phone. Starting with the first Kindle e-reader in late 2007, Amazon has racked up some significant hits that either have pioneered new market segments or taken a strong position in existing ones. The company’s Echo lineup sells more than 35 million devices annually and has led the smart-speaker market with 30% share over each of the last two years, according to Canalys.

Amazon’s Fire TV has long ranked second only to Roku among streaming TV devices in North America, according to data from Parks Associates.

It remains to be seen if any of the company’s latest gadgets will hit those levels, though the success of Fire TV lays a strong foundation for the new TV sets that begin shipping later this month. But while Amazon’s hardware business may be the biggest of big tech companies not named

investors are still mostly in the dark about its impact on the overall company. Amazon has steadfastly refused to quantify the business, and few if any Wall Street analysts have attempted to either. It likely accounts for only a small part of Amazon’s $443 billion of revenue over the last four quarters. But even

reports sales data for its Surface devices, which account for less than 4% of the software giant’s total annual revenue.

Of course, the financial impact of Amazon’s devices go well beyond their initial sales. The Kindle virtually created the ebook business that now generates more than $1 billion a year in U.S. sales alone, according to the Association of American Publishers. And the Echo speakers have helped make Amazon a player in music streaming; a survey by Evercore ISI earlier this year found Amazon Music was the second-most popular paid streaming service after Spotify.

Mr. Limp said Tuesday that Amazon’s goal has been to build devices “that are deeply integrated with services.” Subscription services are generating about $29 billion a year in revenue for Amazon now, and Wall Street expects that to hit near $40 billion by the end of next year. That is even without a robot roaming around your house.