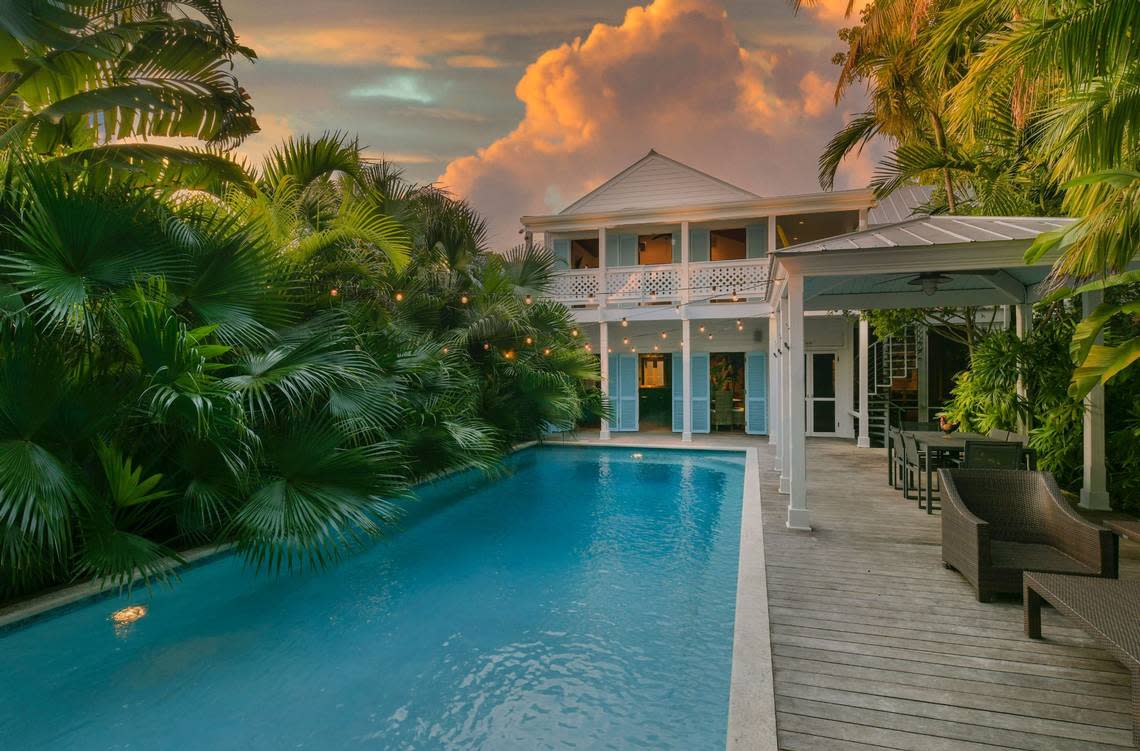 NASCAR legend Dale Earnhardt Jr. has sold his historic Key West spread for $3 million, according to the local broker who sold it.

The 3,306-square-foot home has a pirate-themed kitchen, complete with rope-covered columns and a ship’s wheel at one end of the bar, and a deep swimming pool.

It went on the market about a year ago and was originally listed at $3.7 million.

Earnhardt had owned the home since 2009 when he purchased it for $2.4 million, according to Bob Cardenas, broker and owner of Ocean Sotheby’s International Realty, who handled the listing with Matt Carlson. They also represented the buyer.

“This is their very first house ever,” Cardenas said of the buyers.

With five bedrooms and three-and-a-half baths, the home at 708 Eaton St. in Key West’s Old Town dates back to 1863. A one-bedroom guest house sits at the other side of the lot, which is about 0.2 acres.

It has some free-wheeling features that helped lead Earnhardt to snap it up in 2009.

“There’s nothing else like it,” Cardenas said. “It has a gate on the second floor and you can jump out of the second floor balcony off the master bedroom and jump into the pool. When he saw that he said ‘I’ll buy it.’ ”

The pool is about 14 feet deep, he said.

Sotheby’s listing described the home as being “steeped in a rich and mysterious history, complete with a secret hidden hatch door to observe people in the parlor.”

And then there’s the kitchen.

“He wanted a pirate theme so he took the kitchen and renovated it,” Cardenas said.

It isn’t for everybody, though.

Some people who looked at the house said they would renovate it, Cardenas said. But the current owners love it.

“They said ‘no, this is exactly our style, we love it and we’re not going to change a thing,’ ” he said. “They shared Dale Earnhardt Jr.’s passion for pirates and his kind of unusual design.” The Types of Solar Panels for Your House: A Basic Guide