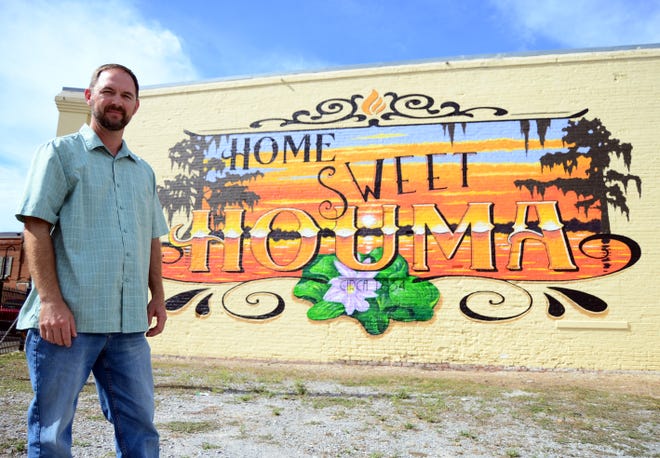 A bayou-scape with warm tangerine skies and a reminder of home is the newest addition to downtown Houma’s decor.

The mural, titled “Home Sweet Houma,” was designed and painted by Terrebonne artist Hans Geist, a muralist with at least 25 years of experience. The mural is found on the outside of Lumiere’s Bar and Bistro, 7913 W. Main St., overlooking the restaurant’s parking lot.

“I just want to give my sincere and heartfelt gratitude to the people of Houma for always believing in me and for giving me the opportunities for a successful career in doing what I love,” Geist said,.

He said the mural has been a labor of love for the community.

“My heart goes out to everyone affected by Hurricane Ida, and I hope in some small way that this art will bring a smile and a little hope and encouragement that things will get better,” he said. “We are strong, resilient, and this town will always be my ‘Home Sweet Houma.’ “

The 45-year-old artist was born and raised in Houma. He attended Terrebonne High School, where he painted his first murals, and joined the Army National Guard after graduation. Geist later attended Nicholls State University and earned a degree in art in 2000. Soon after, he started his own business in which he has been making murals and contributing to other art projects ever since.

The mural “Historic Downtown Houma” on the Landry Furniture Building, “USS Terrebonne Parish LST 1156” at City Hall, “The Good Earth” at the Champagne Cosmetology Institute, and “Local Heroes” at the Regional Military Museum are among the murals he has completed in Houma. He has also done murals, designed posters, and contributed to sculpture projects across south Louisiana and other Southern states.

The mural outside Lumiere’s was started Nov. 6 during the Bayou Terrebonne Tailgate event in downtown Houma. He was able to finish the mural in a matter of days, he said, and even had some assistance from his children. The mural is estimated to be about 18 feet tall and 25 feet wide.

Geist said he was approached several weeks before to be a potential vendor for the tailgate and market event, which raised money for local hurricane-relief efforts. Though he didn’t have inventory to have a booth, Geist suggested he could paint a mural if a suitable wall could be found, which ended up being at Lumiere’s. Geist said he designed the mural after meeting with the restaurant owners.

“People in our community and across the Gulf Coast have experienced unimaginable loss. In a time of destruction and desperation, there needs to be a sign of hope and love,” he said. “I just wanted to bring some color and shine some light on Houma in a time when it is needed the most.”

— Emily Enfinger is a reporter for The Courier and the Daily Comet. Follow her on Twitter at @EmilyEnfinger. Email Emily at [email protected]. 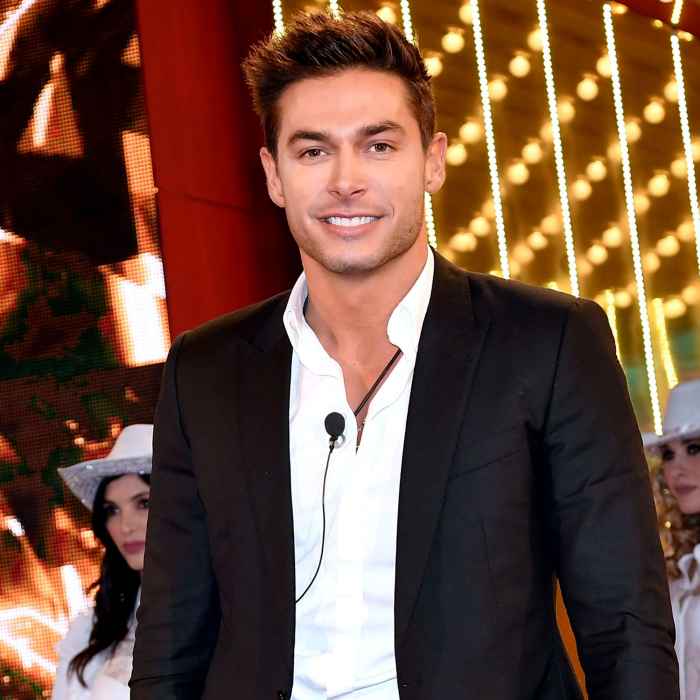