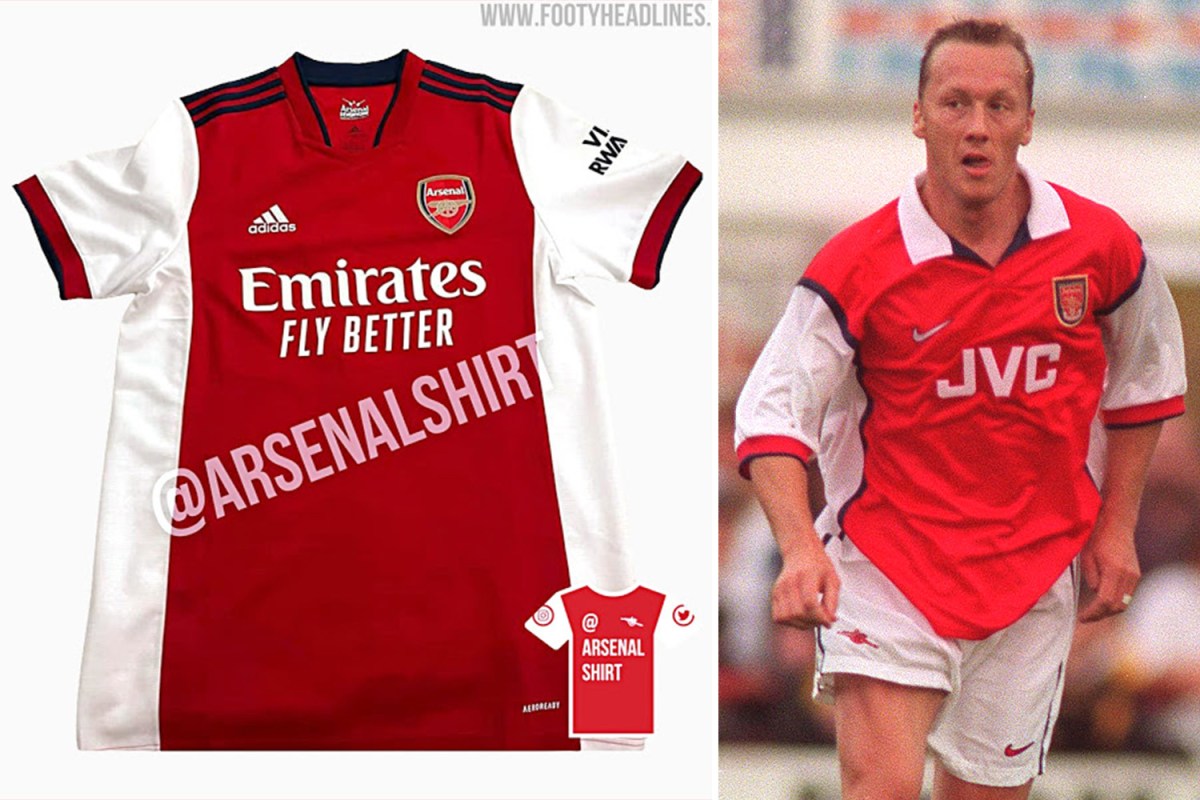 ARSENAL’S new home shirt for next season has been ‘leaked’ online with a throwback to the club’s 1998 shirt.

The FootyHeadlines reveal shows a red design in a shade slightly lighter than this season’s effort.

But the biggest difference appears to be the navy blue adidas stripes along the collar.

The collar and sleeves also include a single line navy trim.

There is also more white on the sides of the shirt compared to this season having also removed the distinct patterns.

The strip is very similar to the 1998-99 home kit, worn by the likes of Dennis Bergkamp, which also featured heavy navy stripes at the end of the sleeves and collar.

The throwback didn’t appear to appease some fans who slammed the design for looking like a ‘BTEC Ajax.’

One fan wrote: “Thought it was Ajax with a new shirt sponsor…”

Another added: “When did we turn to Ajax?”

As ever, the overall evaluation of the leaked design was mixed with some criticising designers adidas and others already preparing to fork out.

One Twitter user commented: “The first miss from Adidas on the home shirt imo. Not a fan at all.”