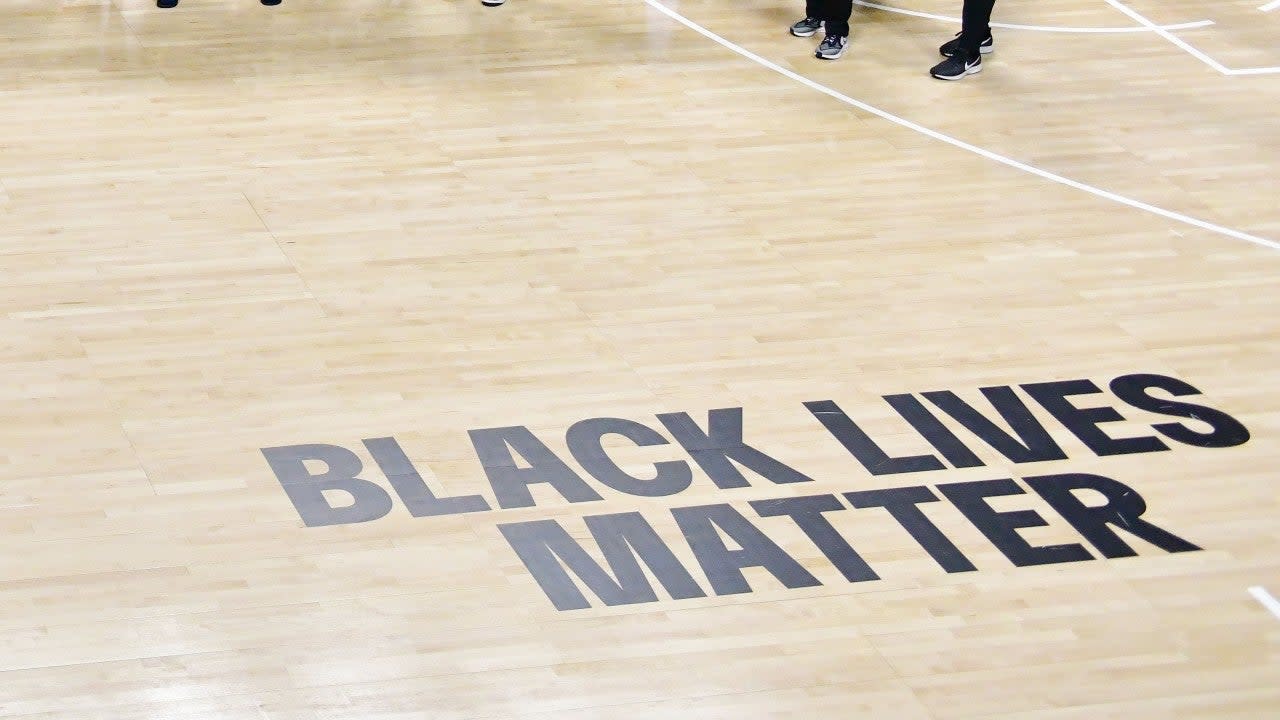 Game 1 of the 2020 NBA Finals between the Los Angeles Lakers and Miami Heat is set to begin on Wednesday at the Walt Disney World Resort in Orlando, Florida, concluding a lengthy season that was halted in March due to the COVID-19 pandemic. The Lakers were expected to be here in the NBA Finals, while the Miami Heat beat the No. 1 seeded Milwaukee Bucks in the second round, and steamrolled the Boston Celtics in the Eastern Conference finals for a chance to play for the title.

It should be an exciting matchup between two teams that have quite a bit of shared history. The games will, of course, be taking place inside the NBA’s bubble it constructed to finish out the remainder of the 2019-20 season in Orlando, Florida on Disney World’s complex and will be played without fans in attendance.

On Tuesday morning, the league announced what the court design will look like for the Finals, featuring a prominent “2020 NBA Finals presented by YouTube TV” logo at center court, with “Black Lives Matter” placed above it. Also added to the floor for the Finals are Walt Disney World logos at opposite sidelines, as well as blue and red painted baselines with images of the Larry O’Brien trophy layered on top.

The NBA will continue to use virtual fans in the arena displayed on the 17-foot video boards surrounding the court. Leading up to the NBA restart, the league introduced new in-game enhancements, including the use of virtual fans through Microsoft Teams. It’s been a huge success for the league, and has allowed fans to be part of the game from the comfort and safety of their own home.

This story was originally published by CBS Sports on Sept. 29, 2020.

Barack Obama Speaks Out in Support of NBA and WNBA Protests

This video is unavailable because we were unable to load a message from our sponsors.

If you are using ad-blocking software, please disable it and reload the page.