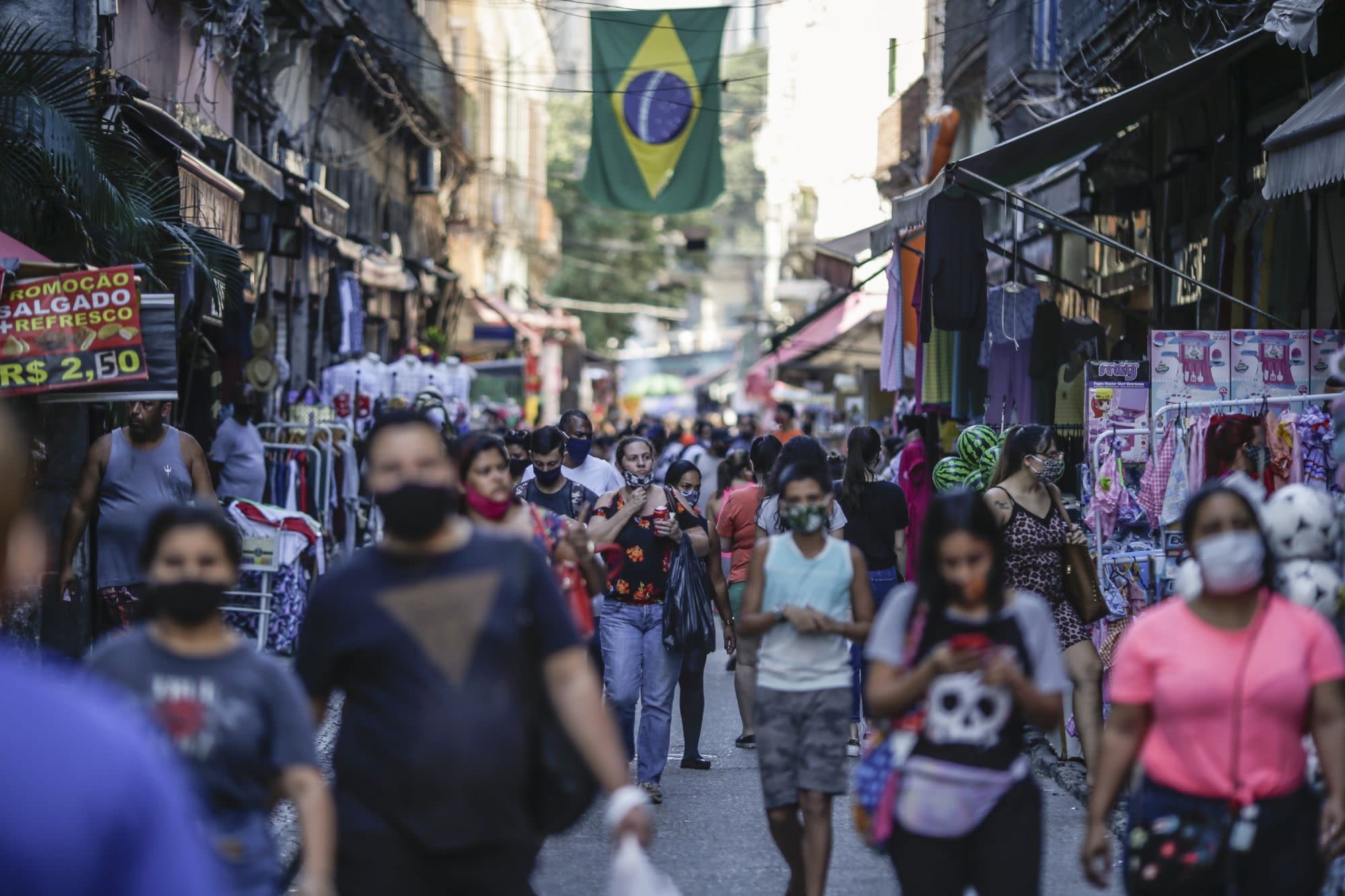 (Bloomberg) — In one of the world’s worst hotspots for the coronavirus, a crowded pipeline of initial public offerings got a harsh reality check.

It was a disappointing start to what had promised to be a busy stretch of equity sales in Latin America’s largest economy. Four Brazilian companies are still due to hold IPOs over the next two weeks, according to data compiled by Bloomberg. An education firm, which is going public in the U.S. but has yet to announce a pricing date, could boost the tally to five, the highest number for any fortnight since 2007.

Brazilian issuers are seeking to take advantage of the dissonance that has seen equity markets soaring around the globe amid a global health catastrophe. Money managers in Sao Paulo said they’ve been flooded by pitches from bankers in recent weeks as companies that put off sales at the beginning of the pandemic look to capitalize on resurgent demand.

“Companies are worried that this window may be relatively short due to the disconnect between market levels and the state of the real economy,” said Pablo Riveroll, the head of Latin American equities at Schroders Plc in London. While Brazilian stocks have bounced back 64% from their March lows, the local economy is expected to shrink almost 6% this year.

Several of the companies seeking to go public have challenging histories. Among the firms are an Advent-backed home improvement retail chain, which the private equity firm has held onto for more than a decade, a money losing high-end clothing retailer and a spin-off of a pharmaceuticals company that’s down 70% since it debuted in 2006.

Globally, the IPO picture is mixed. Sales reached $83.1 billion in the past three months, up from $68.5 billion during the same period last year, with China’s red-hot market accounting for almost half the total, according to data compiled by Bloomberg. The number of deals, however, declined to 370 from 423.

While Brazil’s market is seeing a surge in volume, the amount being raised is modest. The four companies are targeting just 6.4 billion reais ($1.2 billion) — less than what retailer Lojas Americanas SA got in a follow-on offering two weeks ago.

A proliferation of smaller asset-management funds and strong demand from retail investors may provide demand for the sales. Foreigners, on the other hand, have bought only about 36% of local share sales in the first half of the year, down from 47% during the same period last year, according to stock exchange data.

“With more AUM in local equity funds, corporates are taking advantage of the opportunity to tap the markets and refinance debt, invest in future growth, or both,” said Malcolm Dorson, who helps manage about $950 million of emerging-market funds at Mirae Asset Global Investments in New York.

Created in 2014, Grupo Soma is the owner of fashion brands Farm, Animale and Maria Filo.

Estimated size: Based on the top of indicative price range (11 reais), offer could raise as much as 2 billion reais, if additional and supplementary allotments are fully soldExpected pricing: July 29Link to the prospectus

Estimated size: Based on the top of indicative price range (23.50 reais), the offer could raise as much as 1.3 billion reais, if supplementary allotment is fully soldExpected pricing: Aug. 3Link to the prospectus

Estimated size: Based on the top of indicative price range (20.32 reais), company could raise as much as 645.6 million reais, if additional and supplementary allotments are fully soldExpected pricing: Aug. 6Link to the prospectus

The home-improvement retailer and private equity firm Advent are offering shares. Advent may fully divest its 88.1% stake, held through an investment vehicle.

Estimated size: Based on the top of indicative price range (14 reais), the offer could raise as much as 2.5 billion reais, if supplementary allotment is fully soldExpected pricing: Aug. 6Link to the prospectus

Estimated size: Based on the top of indicative price range (12.54 reais), firm could raise as much as 1.3 billion reais, if supplementary allotment is fully soldExpected pricing: Aug. 31Link to the prospectus

Estimated size: Based on the top of indicative price range ($17.50), the offer could raise as much as $374 million, including additional allotmentNo pricing date set yetLink to the prospectus

Sao Paulo-based builder Lavvi Empreendimentos Imobiliarios is focused on mid- to high-income projects. It was created in 2016 as a joint venture between publicly-traded Cyrela and RH Empreendimentos.

A joint venture between Cyrela, Rodrigo Luna and Rodrigo Fairbanks Von Uhlendorff, the developer has filed for a primary and secondary offer. It also submitted a request to list its shares in B3’s Novo Mercado segment.

The energy trading firm filed for a primary share offering to raise money for wind-power investments. Reuters said the IPO may raise up to 1.5 billion reais.

Nortis and selling shareholders will offer shares in a primary and secondary share sale. The company was founded in 2016 by former executives of homebuilder Even. The firm is focused on mid- to high-income projects.

State-controlled lender Caixa Economica Federal resumed discussions for the IPO of its insurance unit Caixa Seguridade. The process had been halted in March.

The real-estate developer filed for a primary and secondary offering of shares. BTG Pactual, Bradesco BBI, Santander Brasil and Caixa are running the deal.

Builder Even has hired BTG Pactual, Itau BBA, XP Investimentos and Banco Safra for a potential IPO of its unit Melnick.

Shareholders of the logistics firm will meet on Aug. 3 to discuss a primary and/or secondary offering of shares.

Brazilian mobile network operator Surf is planning an initial public offering, according to people with knowledge of the matter. Firm weighs a listing in the U.S. or Brazil.

Link to the story

Real-estate builder and developer Cury, which is also a joint venture involving Cyrela, has resumed plans for an IPO. BTG Pactual will be the lead coordinator of the offer.

Brazil’s infrastructure and energy conglomerate Cosan said it might list its operational units — including Moove and Compass — as part of a corporate reorganization. Itau BBA and Santander Brasil were hired for Compass’s offer, according to local newspaper Valor Economico.

For more articles like this, please visit us at bloomberg.com

Subscribe now to stay ahead with the most trusted business news source.