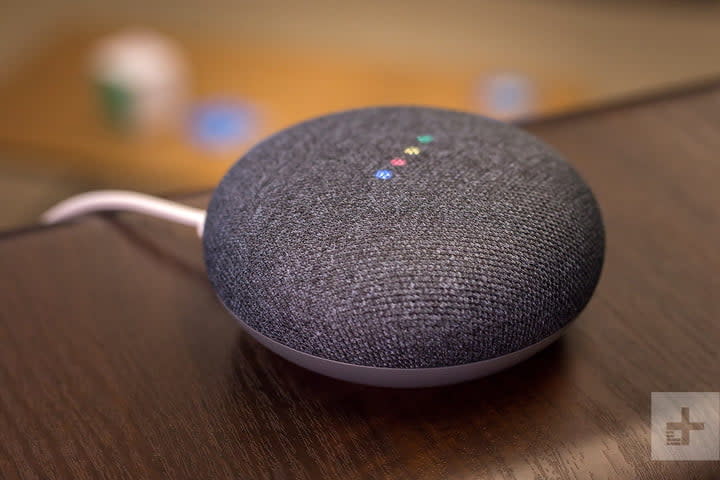 While Google Home is a full-sized device, there are two much smaller variants available: The Nest Mini and Google Home Mini. They share the traits of having Google Assistant and while they are smaller in size, they don’t lack in functionality. Both the Nest Mini and Home Mini can play music, update Google apps, respond to voice commands, and more. So what makes these two different enough that they’re separate products? Read on to find out.

In many ways, the Nest Mini was intended to be a replacement for the Home Mini, with a few important upgrades and a renewed focus on the “Nest” brand and the data security it provides. Since the Home Mini is essentially an older version, it’s available for $40 or less, while the Nest Mini is available for $50. This also compares well to competitor products, like Amazon’s 3rd-generation Echo Dot, which sells for $50.

Is the extra cash worth it for the Nest Mini? Considering the sound improvements and the built-in wall-mounting option, we certainly think so.

The Home Mini is a small disk covered in fabric. The top of the disk uses three LED dots to communicate functions like running processes, listening, or initiating setups. You can tap the sides of the Mini to change volume, stop a process, or mute. However, it can be a bit difficult because they’re not properly marked — often requiring several taps before they’re found. There’s a small mic switch at the bottom to turn the mic entirely off as needed. The Mini comes in several different color options, including a dark blue and orange.

At first glance, the Nest Mini looks just the same. It’s very slightly smaller (so slight, it’s hard to tell), and comes in slightly different color options. There’s also an integrated wall mount on this model, where the Home Mini requires buying a wall mount accessory. The touch controls on either side of the device and the LED lights on the top function the same way in both models.

We will also note that factory resets are different between the two devices. For the Home Mini, there’s a tiny factory reset button just below the power cord that you hold down for 10 seconds. The Nest Mini doesn’t have this button. Instead, you switch the mic off, then press and hold the center of the speaker when the LED lights turn orange, and hold for 10 seconds. If you’re resetting, don’t get these two different processes confused.

Since both the Nest Home and Home Mini use Google Assistant to control smart devices, they have the same functionality: Anything that works over Google Assistant will work for either device. Both can connect to and control many smart devices around the home, both can run on Android or iOS, and there’s no appreciable difference here.

Google revamped its Works with Nest program a year ago, and a lot of smart devices lost compatibility as a result. Google replaced the old program with a stricter Works with Google Assistant version (with a focus on privacy), and has slowly been building compatibility back up with newer smart devices. You can find out more about the new program and device compatibility here.

The Home Mini has a 40mm driver for sound, around the same size that’s found in large headphones. This is a significant decrease in sound reach and quality compared to larger Bluetooth speakers like the Google Home. Unfortunately, this version of the Home Mini only has a micro-USB port for power, so you will need Bluetooth wireless headphones to connect to it (at which point, you can just connect to your computer instead). It’s not really designed as a music-playing machine.

Here we come across one of the biggest differences with the Nest Mini, the speaker upgrade. The Nest Mini still has a 40mm driver, but Google reports that it redesigned the sound system to provide bass that’s twice as strong as the first original model. This is hard to judge when the specs are the same, but there is notable sound improvement. However, neither model will get close to the level of performance that a full smart speaker can reach, so they aren’t great for room-wide music. The Nest Mini, however, does have an edge when it comes to notifications, reports, catching up on sports, and other sound-related uses when the speaker will be close at hand.

The Nest Mini and the Home Mini serve similar purposes as smaller assistants for larger hubs. Use them in smaller spaces to enhance your home system where a larger hub would be too much. The Minis are mostly at home on desks, in dorms, hanging out by workspaces, or perched on smaller counters where people will be working close by. They don’t do as well as alarm clocks since there’s no easy feature for telling the time, but they could serve as alarm clock companions if you prefer a voice assistant in the morning.

You can also link two speakers together for a stereo effect. This is worth going into a little detail about. You can set up the speakers together in the same room, keeping them around 10 feet apart and roughly on the same level. Use the Google Home app to link them together, giving you a full, robust sound for a larger room.

Only one of the speakers will listen for your commands with this arrangement, and there’s a big caveat — this pairing only works with speakers of the same type. That means you can link two Home Minis, or two Nest Minis, but not a Home Mini and a Nest Mini. This is one reason to buy the same model if you are purchasing multiple units.

Between these two smart speakers, the Nest Mini is the clear winner. For only about $10 more than the Home Mini, you get enhanced sound, upgraded hardware, and a wide range of mounting options. The Home Mini is a good option if you can find it on sale, but we’d still recommend the more robust features of the Nest Mini to most households.

Future Residential Trends, Recognize the Advantages and Disadvantages of Living in Apartments