Home improvement projects can range from relatively inexpensive undertakings to complex endeavors that cost homeowners thousands of dollars. In an effort to make expensive projects more affordable, homeowners may look for ways to pitch in, and do-it-yourself demolition is a common way to cut costs.

Due to geographical fluctuations in price as well as the scale of a project, it’s hard to pinpoint just how much homeowners can save by doing demolition work themselves. HomeAdvisor estimates that the average small interior demolition project costs just over $3,000, though more significant demolition projects can cost considerably more than that. Given the cost, it’s no surprise that so many homeowners volunteer to do demolition on their own. Though it’s possible to do so safely, homeowners can take steps to determine if it’s in their best interest to take on a DIY demolition or leave it to the professionals.

• Conduct a cost analysis. Demolition projects seem simple, but they often require the use of equipment most homeowners don’t have on hand. Rentals can be considered in such instances, but the cost of renting equipment can reduce the amount of money homeowners are saving by going it alone. For example, homeowners may be able to pull up vinyl or tile flooring on their own, but not all floors are installed the same. Some floors may have been glued more effectively than others, making it hard and/or time-consuming to pull them up by hand. A walk-behind floor scraper can make it easier to remove such floors, but that equipment must be rented. A cost analysis comparing the contractors’ demolition cost estimate and the cost of DIY, complete with equipment rental projections, can give a more accurate picture of how much money homeowners will save by going it alone. If the savings of DIY are negligible, homeowners should probably let the contractor handle the demo.

• Speak with your contractor. Prior to saying they’ll do the demo work on their own, homeowners should speak with their contractors to get an accurate idea of what the project will entail. Demolition projects may seem simple enough, but contractors can illustrate the correct way to do things so as to minimize potentially costly damage. Some contractors may offer to help homeowners start the demo project and then leave them to their own devices once they get a knack for what to do. Once homeowners see what it will take, they can then decide if DIY is best for them.

• Enlist help. No DIY demo should ever be done alone. The risk for accident and injury is simply too great for homeowners to go it alone. Homeowners who can’t enlist some volunteers to pitch in should leave the job to the professionals.

DIY demolition can save homeowners a lot of money. But such projects are not necessarily as simple as they seem. Homeowners should take steps to see exactly what they’re getting into before they volunteer to take on demo duty. 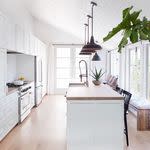